Much of the negative media directed toward President Donald Trump is clearly self-inflicted.  However, as we have previously discussed, there has been a pronounced anti-trump media bias. Indeed, former Jimmy Carter has observed that the media has treated Trump usually harshly.  An example of this bias was evident is the odd fish story that was aired this week by CNN and other outlets about Trump overfeeding the famed Koi pond at Alaska Palace in Tokyo
Various news outlets showed what appeared to be an impatient Trump just dumping a box of food in the Koi pond rather than spooning out smaller amounts.  The problem is that Trump did use the spoon on the fish and Japan’s Prime Minister Shinzo Abe had dumped the box out before Trump . . . but only Trump was shown doing so.

CNN entitled the segment “Trump feeds fish, winds up pouring entire box of food into Koi pond.”  It never showed Trump using the spoon and then following Abe in emptying the box after Abe.

Other reporters did the same.  Bloomberg White House correspondent Justin Sink tweeted that Trump and Abe were “spooning fish food into the pond” when Trump “decided to just dump the whole box in for the fish.” 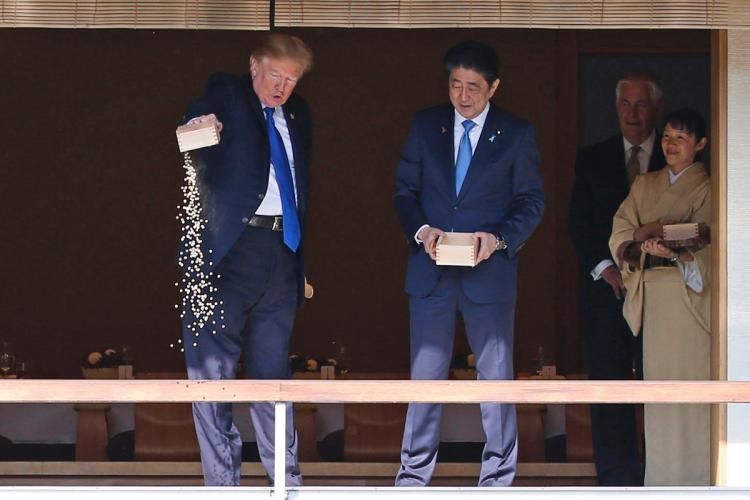 President Trump was criticized for throwing an entire box of fish food into a koi pond during his visit to Japan http://nydn.us/2yAz4AU

Here is what actually happened: