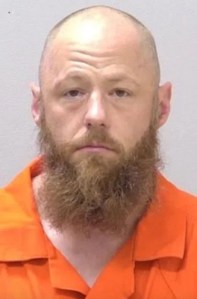 The arrest of an FBI agent would always be newsworthy. Richard Trask of Kalamazoo has gone from making cases to being a case for prosecution. He  faces up to ten years for allegedly assaulting his wife with intent to do great bodily harm. However, Trask was also key to the arrest of men in the alleged plot to kidnap Michigan Gov. Gretchen Whitmer. Those defendants — and some observers — have criticized the FBI for entrapping the men by pushing them into the conspiracy and facilitating their efforts.  The question is whether Trask’s arrest could undermine those cases.  The answer is yes. END_OF_DOCUMENT_TOKEN_TO_BE_REPLACED

A well-known Colorado lawyer and animal rights activist, Jennifer Emmi, 43, is facing an impressive array of charges in an alleged murder-for-hire plot targeting the girlfriend of her estranged husband. While she previously claimed the entire thing was a set up, the host of a Facebook show has now pleaded guilty to a slew of serious charges. END_OF_DOCUMENT_TOKEN_TO_BE_REPLACED

Free agent cornerback Richard Sherman has been arrested and notably denied bail in King County, Washington after a bizarre series of events overnight. The famed cornerback was arrested in connection to a hit-and-run but charged with burglary domestic violence, a charge that might not be familiar to many of our readers. It is a very serious charge and explains the initial denial of bail.

END_OF_DOCUMENT_TOKEN_TO_BE_REPLACED

There is a troubling case in Panguitch, Utah where a woman has reportedly been charged with a hate crime for allegedly “stomping on a ‘Back the Blue’ sign” at a gas station.  There is a national movement to add attacks on police as a category of hate crime in various states. This case is an example of the serious free speech concerns raised by such prosecutions. Many of us find this conduct to be offensive and obnoxious. However, it is also a classic form of protest and political speech.

END_OF_DOCUMENT_TOKEN_TO_BE_REPLACED

There was a remarkable decision by a Texas federal judge this week when U.S. District Judge Xavier Rodriguez for the Western District of Texas ruled that the Air Force was legally at fault for the 2017 mass shooting in Sutherland Springs, Texas by Devin Patrick Kelley.  The Air Force failed to enter a prior offense into the federal background check database to bar him from purchasing a firearm. The liability alone is notable but Rodriguez found the Air Force more at fault that Kelley for the killing of 26 people and wounding of 22 others in the massacre at the First Baptist Church.

END_OF_DOCUMENT_TOKEN_TO_BE_REPLACED

Below is my column in the Hill on a series of cases that appear propelled by political rather than legal considerations.  The costs to the legal system, the public, or victims in such cases are often overlooked but they are considerable.

Here is the column:

END_OF_DOCUMENT_TOKEN_TO_BE_REPLACED

We recently discussed the ruling of the Pennsylvania Supreme Court overturning the conviction of Bill Cosby. While the Court differed on what errors warranted such action, all of the justices agreed that the trial was fundamentally flawed. Indeed, it was a disgrace and Cosby could sue for malicious prosecution.  Yet, the incoming dean of Howard University’s fine arts college, Phylicia Rashad, is under attack for declaring her support for Cosby. Rashad played Bill Cosby’s TV wife on “The Cosby Show.” Fortune reported that there are calls for her resignation. Update: Rashad issued a profuse apology and deleted the tweet.

END_OF_DOCUMENT_TOKEN_TO_BE_REPLACED

Yesterday, Manhattan District Attorney Cyrus Vance Jr.  and New York Attorney General Letitia James paraded triumphantly in front of hundreds of cameras to charge the Trump Organization and its finance chief, Allen Weisselberg, 73, with a 15-count indictment for failing to pay taxes on corporate perks. Weisselberg was a trophy defendant that needed to be prominently displayed. James ran for Attorney General on the pledge to get Trump and his associates.  The excitement around the courthouse itself had the feel of a thrill kill as the heavily Democratic city celebrated the arrest of someone close to Trump. END_OF_DOCUMENT_TOKEN_TO_BE_REPLACED

Bill Cosby is a free man after the Pennsylvania Supreme Court overturned the conviction that sent him to jail roughly three years ago to serve 3-10 years for sexual assault.  The opinion (below) correctly found that the trial judge and prosecutors denied Cosby a fair trial and due process in 2018. The question now is whether Cosby might seek damages for his conviction and incarceration. END_OF_DOCUMENT_TOKEN_TO_BE_REPLACED

Today I will be testifying in the House Judiciary Committee on the use of secret surveillance and gag orders in recent investigations into unauthorized disclosures of classified information. The oversight hearing is in conjunction with investigations of Congress and the Inspector General following reports that the Department of Justice’s engaged in surveillance of Members of Congress, journalists, the White House Counsel and others.

The hearing will be held in Room 2141 of the Rayburn House Office Building at 10 am. The hearing is titled “Secrecy Orders and Prosecuting Leaks: Potential Legislative Responses to Deter Prosecutorial Abuse of Power” and will stream live here.  My testimony is below.

END_OF_DOCUMENT_TOKEN_TO_BE_REPLACED

Former police officer Derek Chauvin was just sentenced to 22 1/2 years in prison for his conviction in the murder of George Floyd.  That sentence was hardly a surprise though some suggested that he would be sentenced near to 30 years.  It is a fair sentence that adds ten years to the baseline offense due to the four aggravating factors found by the Court. What was surprising was the statement of Chauvin himself to the court and the family.

END_OF_DOCUMENT_TOKEN_TO_BE_REPLACED

It is often said that “He who represents himself has a fool for a client.” That adage was most evident this week in Florida as Ronnie Oneal III represented himself into a rapid double murder conviction. Judge Michelle Sisco reportedly told Oneal “I have to tell you, I think in another lifetime, you would have been an outstanding lawyer.” However, it was hard to discern that natural talent after Oneal yelled at jurors in his opening statement and went on to confess in open court to murder.  In fairness to Sisco, she was trying again to convince Oneal to accept counsel, particularly as he moves into the sentencing phrase where he could be sentenced to death.

END_OF_DOCUMENT_TOKEN_TO_BE_REPLACED

There is an interesting conflict playing out on the pages of the Chicago Tribune over the coverage of killing of Adam Toledo.  We previously discussed the shooting of Toledo after police responded to a shooting and the suspension of a prosecutor who noted that Toledo was armed. In a June 18 column,  Tribune columnist Eric Zorn defended his coverage in April that it “was still too soon to draw conclusions.” He specifically responded to Steven Thrasher, the Daniel H. Renberg Chair of social justice in reporting at Northwestern, who trashed him for his circumspection and insisted he was excusing the murder of a child and it’s ‘never too early’ to think they are worthy of murder.”  Thrasher’s view of ethical journalism was on display in Fort Lauderdale this week when its mayor declared that a tragic accident involving an elderly driver was an act of murder and terrorism by anti-LGBT forces. He also believed that it is never too soon to declare murder.

END_OF_DOCUMENT_TOKEN_TO_BE_REPLACED

A year ago, we discussed the charges against Mark and Patricia McCloskey of St. Louis after their armed standoff with protesters.  I was highly skeptical of the charges brought by Circuit Attorney Kim Gardner, who was later removed from the case due to ethical concerns. Now, the couple has been allowed to plead to two minor misdemeanors in the conclusion of a highly politicized case.