Talent agent Ken Kaplan has a curious way of celebrating the Fourth of July.  According to James Wood, Kaplan used the holiday celebrating a nation committed to free speech and self-determination by publicly dropping the actor for his conservative views.  He said dropping an artist for his political views makes him feel “patriotic.”  Notably, none of the artists represented by Kaplan protested the discrimination against a fellow artists for political reasons.

Kaplan went to his Twitter account during the holiday and declared  “It’s the 4th of July and I’m feeling patriotic. I don’t want to represent you anymore. I mean I can go on a rant but you know what I’d say.”

Woods responded with an apt point:

My response: “Dear Ken, I don’t actually. I was thinking if you’re feeling patriotic, you would appreciate free speech and one’s right to think as an individual. Be that as it may, I want to thank you for all your hard work and devotion on my behalf. Be well.”

So this email from my agent (a political liberal) today… 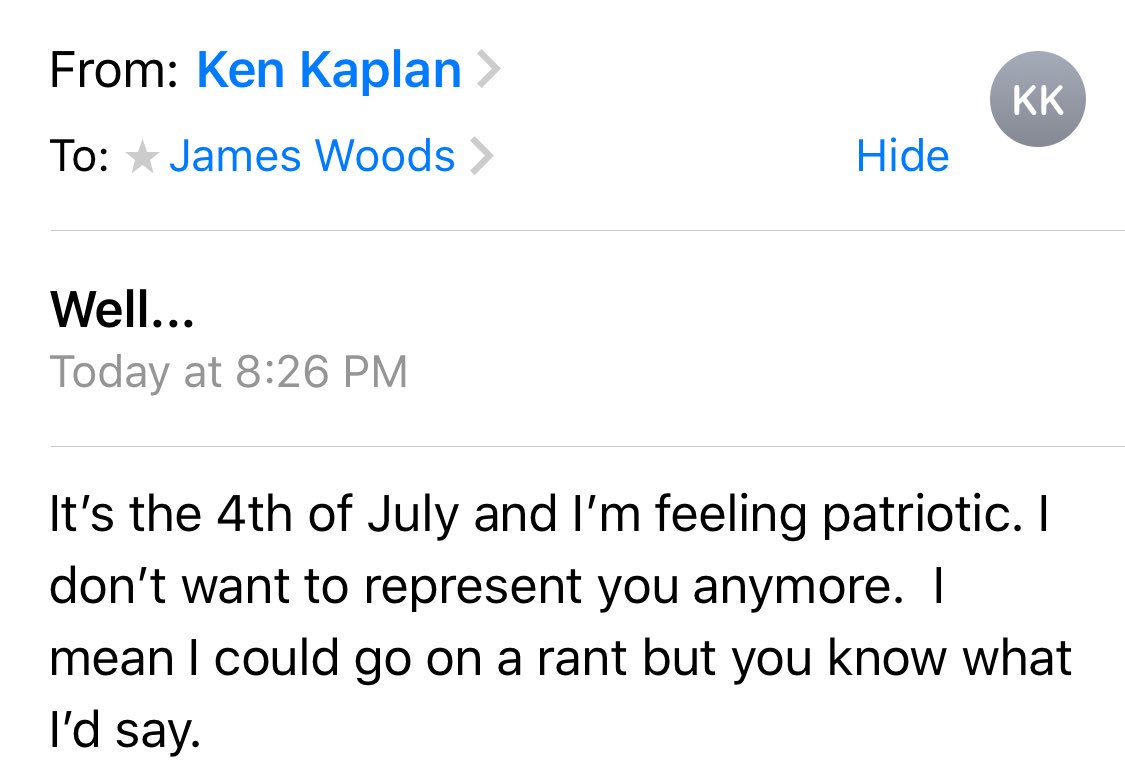 Woods previously said that he was “blacklisted” from jobs due to his politics.

His two Academy Award nominations and three Emmy Awards or decades in movies does not appear to be enough to overcome that bias.

My main interest is how other artists represented by Kaplan would remain silent in the face of such an action.  Countless movies and books  have been done on the blacklisting of communists in Hollywood but somehow the thought of a conservative being dropped by studios or agents is not considered an attack on the art community as a whole.  If Kaplan imposed a political litmus test, his pride in the public scorning of Woods should be met with equally public condemnations of Kaplan from other artists.