Donald Trump Jr. has been fueling controversies this week with his taunting of the allegations of attempted rape by Dr. Christine Blasey Ford on Instagram — a posting that was roundly condemned as belittling sexual assault as akin to a love note.  Trump Jr. then went after Anderson Cooper to suggest that he has been faking scenes like the recent controversy at the Weather Channel.  Anderson responded with a devastating clip disproving Trump Jr.’s claims.

Trump Jr. alluded to the recent clip where a Weather Channel reporter is showing barely able to stand in the wind . . .  only to have people stroll by in the background:

Trump Jr. used the controversy to suggest that Anderson did the same type of alleged ploy. 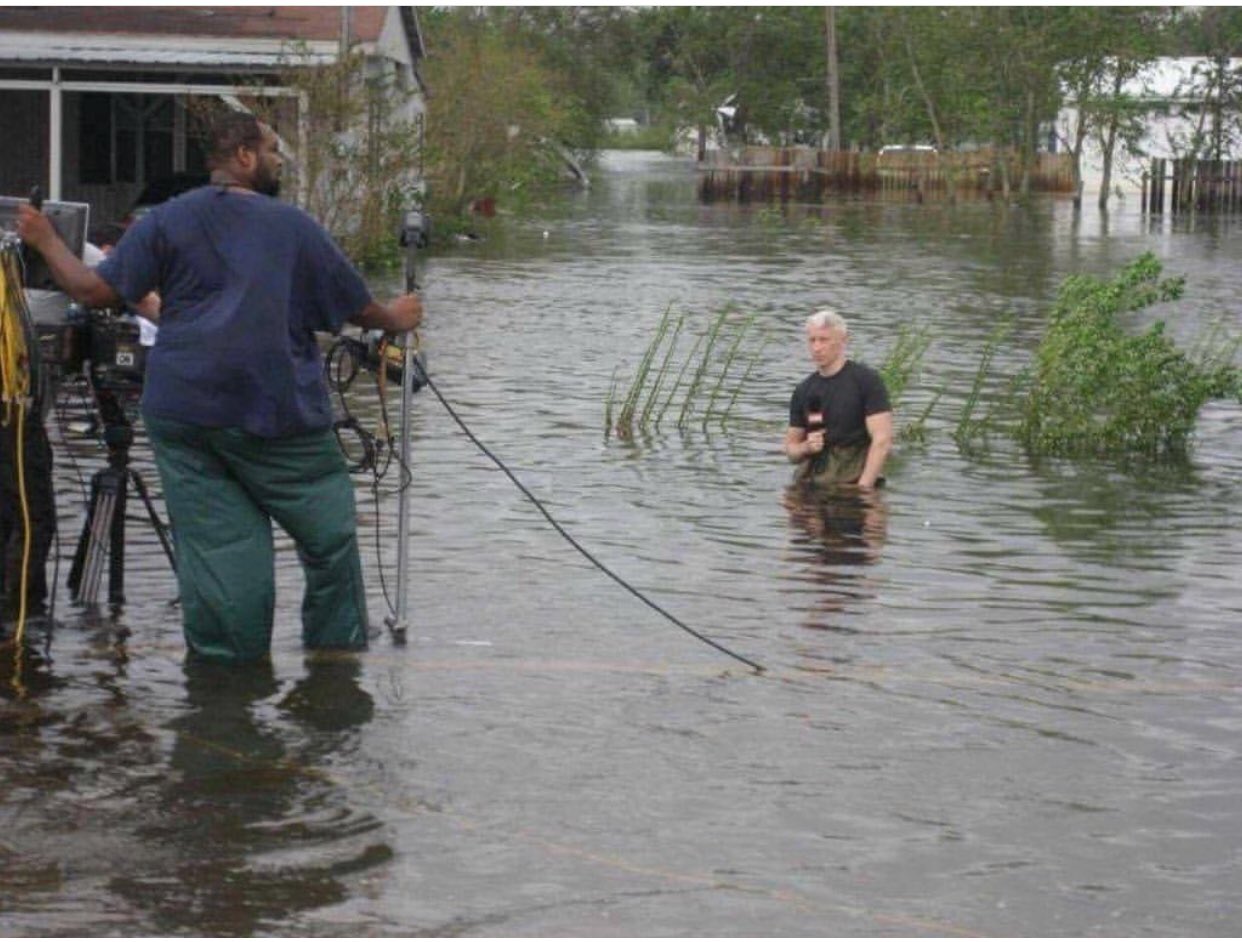 It’s a shame that CNN’s ratings are down 41%. What’s worse is there’s a simple solution that they refuse to accept. Stop Lying to try to make @realDonaldTrump look bad. https://www.breitbart.com/big-journalism/2018/09/14/cnn-ratings-down-41-percent-from-last-year/ …

As someone who has interacted with Cooper for years, he is one of the least likely journalists to ever pull such a stunt.  Cooper is a consummate professional and the thought of his kneeling in the water is rather absurd. However, Cooper responded:

“I debated whether I should even respond tonight to the president’s son. I know he considers himself an outdoorsman and pays a lot of money to be led to wildlife in Africa that he then kills. But I’m not sure if he’s actually been to a hurricane or a flood. I didn’t see him down in North Carolina over the last few days helping out, lending a hand, but I’m sure he was doing something important besides just tweeting lies.”

Cooper said that the clip was actually from 2008 when he was trying to show how waters can be deceptive in their depth.  He added “I don’t expect the president’s son to ever admit that he was wrong or one of the president’s advisers or frankly anyone else who’s retweeted any of these pictures. But I at least thought that they and you should know the truth.”

Not surprised @AC360 lied about me on @CNN last night. Par for the course. I never said the pic of him was from Florence.

When I tweeted out the picture of @AC360 it was with a link to an article about CNN’s dwindling ratings. Nothing to do with Florence.

It’s a shame that CNN’s ratings are down 41%. What’s worse is there’s a simple solution that they refuse to accept. Stop Lying to try to make @realDonaldTrump look bad. https://www.breitbart.com/big-journalism/2018/09/14/cnn-ratings-down-41-percent-from-last-year/ …