Many of us were appalled by the decision of Nike to pull sneakers displaying the Betsy Ross flag after former NFL quarterback Colin Kaepernick declared the flag to be offensive.  As I discussed in my column, the decision shows an effort not just to protest the flag or anthem but to deter others who would want to honor it.  Now, two Democratic presidential candidates, former HUD Secretary Julián Castro and Beto O’Rourke have supported Nike in the move.

Castro told CBS News on Wednesday that he was happy to see Nike withdraw the shoes and seemed to compare the Betsy Ross flag to the the “painful” symbol to the Confederate flag: 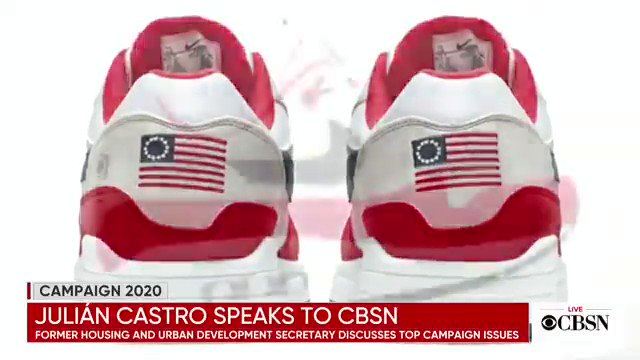 “There are a lot of things in our history that are still very painful. The Confederate flag that still flies in some places and is used as a symbol…”https://www.washingtonexaminer.com/news/julian-castro-was-happy-to-see-nike-pull-the-american-flag-shoes …

O’Rourke also agreed that Nike was right to pull the shoes since “white nationalist groups” have “appropriated” the Betsy Ross flag.  As I noted in the column posted today, others have used the flag in protests against segregation, the Vietnam War, and other causes. President Barack Obama featured the flag at his inauguration.

The position of O’Rourke and Castro reaffirm how the Democratic pool is moving rapidly to the left on such issues — giving Trump as a better shot at reelection.