President Donald Trump and the White House appear to have violated a 2019 federal court order that it cannot block twitter accounts from the official White House account, @realDonaldTrump, based in the content of its tweets.  The account, @realDonaldTrFan, has over 313,000 followers and savages the President regularly with parodies. If the site was blocked as reported, the action would be a flagrant disregarding of the authority of the federal courts.

The banned site made fun of Trump saying that he he was now taking Hydroxychloroquine:

President Trump blocked the Parody Trump twitter account @realDonaldTrFan, even though the 2nd US Circuit Court of Appeals ruled the 1st Amendment forbids Trump from using Twitter’s Block Feature. Is this PROOF that Hydroxychloroquine causes mental confusion in Low-IQ Presidents? 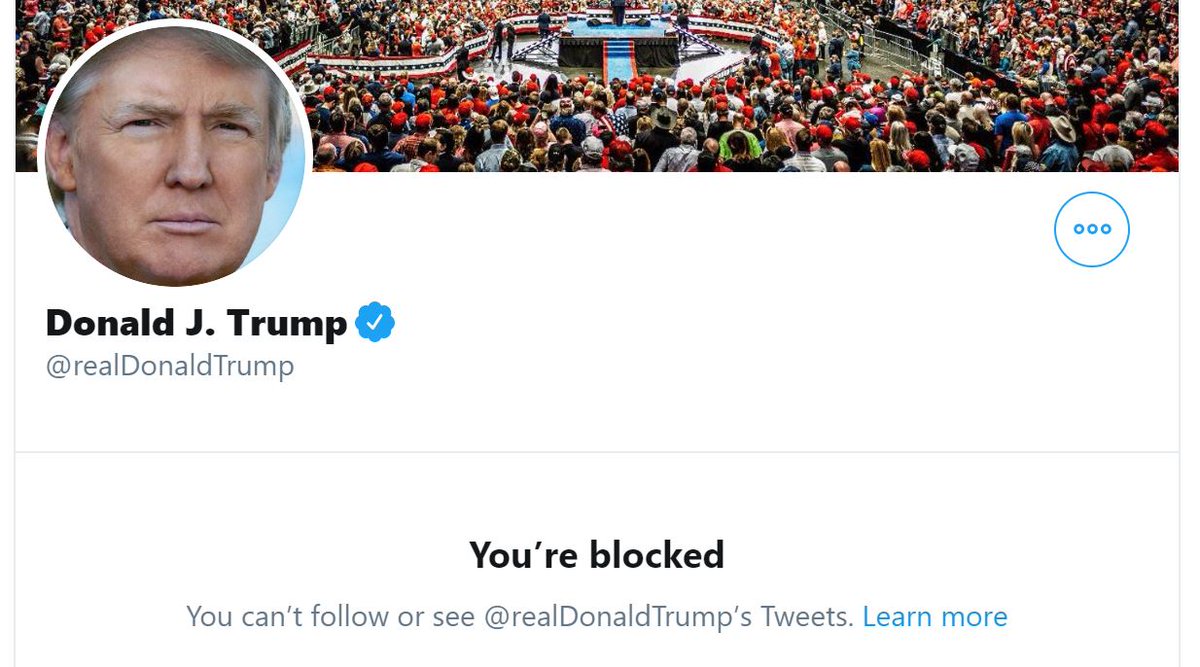 The action is precisely what the Second Circuit described as a core violation of the First Amendment.

In that case, Knight First Amendment Institute v. Donald J. Trump, the Second Circuit easily established that the White House account is an official public account, archived with other official material, and operated by public employees.  The Supreme Court has held that “public forums are places that the government has opened for use by the public as a place for expressive activity.” Denver Area Educ. Telecommunications Consortium, Inc. v. F.C.C., 518 U.S. 727, 749 (1996) (plurality opinion). Likewise, in Manhattan Community Access Corp. et al. v. Halleck et al., 587 U.S. __ 8 (2019) the Court stated that “When the government provides a forum for speech (known as a public forum), the government may be constrained by the First Amendment, meaning that the government ordinarily may not exclude speech or speakers from the forum on the basis of viewpoint . . . .”

While the President insisted that this was his private account, the court noted that “[a]t oral argument, however, the government conceded that the Account is not ‘independent of [Trump’s] presidency,’ choosing instead to argue only that the act of blocking was not state action.”  There were other determinative concessions: “The President concedes that he blocked the Individual Plaintiffs because they posted tweets that criticized him or his policies.  He also concedes that such criticism is protected speech.”

The question then became a simple one: the right of the President to exclude citizens from public spaces due to their criticism of his policies.  For those of us in the civil liberties and free speech communities, the ruling was an important reaffirmation of core constitutional values.  The White House was wrong to bar the accounts and the Justice Department was working against our defining free speech principles in the litigation.

“If the Account is a forum—public or otherwise—viewpoint discrimination 9 is not permitted.  … A blocked account is prevented from viewing any of the President’s tweets, replying to those tweets, retweeting them, or liking them.  Replying, retweeting, 15 and liking are all expressive conduct that blocking inhibits.  Replying and retweeting are messages that a user broadcasts, and, as such, undeniably are speech.  Liking a tweet conveys approval or acknowledgment of a tweet and is 18 therefore a symbolic message with expressive content.  … Significantly, the parties agree that all of this expressive conduct is communicated to the thousands of users who interact with the Account.  By blocking the Individual Plaintiffs and preventing them from viewing, retweeting, replying to, and liking his tweets, the President excluded the Individual Plaintiffs from a public forum, something the First Amendment prohibits.”

The Second Circuit concluded with a reaffirmation of the free speech principles often stated on this blog and other free speech sites that the solution to bad speech is more speech:  “In resolving this appeal, we remind the litigants and the public that if the First Amendment means anything, it means that the best response to disfavored speech on matters of public concern is more speech, not less.”

There is obviously a right to monitor comments on sites, including government sites, though the range of such regulation is more abridged when done by the government. This site for example reserves the right to remove personal threats as well as clearly racist, anti-Semitic, and other offensive comments. We tend to err on the side of not removing comments given the free speech emphasis on the site.  The issue is more acute when the government is creating a public forum but removing those who protest or criticize its policies.  It is hard to imagine how a court would tolerate such censorship under the sweeping arguments of the White House. It would allow the government to create new forms of public forums to engage in raw censorship.

This would appear a flagrant violation of both the earlier court order and the First Amendment. After the opinion, blocking decisions should have been subject to a careful process laid out by the Justice Department and the White House Counsel’s office in light of the earlier decision. Hopefully, there will be corrective action from the White House and an immediate demand for injunctive relief.