Lerer wants answers to such questions as “We heard that after your car was repossessed friends sold you their vehicles and let you pay it with a no interest loan that you struggled to make those payments and they took it back. Is that true?”  Some have come forward to cry foul at the scope of such questions as a form of harassment of Reade. Actress-turned-activist Rose McGowan objected to the questions as a hit job on a Biden accuser. The Intercept’s Glenn Greenwald objected “This whole thing from the @NYTimes is disgusting but the last questions – involving interrogating Tara Reade about whether she committed the crime of “following three Russian individuals on Quora” and demanding an explanation – is just deranged.”

Democratic members and commentators denounced such questions of Dr. Ford and, during the Thomas confirmation, of Professor Anita Hill.  Biden has apologized for the questioning of Hill that many called “trashing” a woman who came forward with an allegation of sexual abuse.  Hill has objected that through such questions, she and Ford had their “credibility similarly assailed.”  Harvard Professor Charles Ogletree, who represented Hill, said he’s still mad about the questions and Biden’s role in asking such questions: “I was shocked and dismayed that Joe Biden was asking questions that didn’t seem appropriate and was not in her corner as a Democrat. The point is that he’s supposed to be neutral, but his questions to Anita Hill were as piercing as anyone’s.”

The questions to Hill and Ford were denounced by many as “a second victimizing the victim.”  Yet, there has been no outcry from such advocates over these probative and personal questions of Reade.

The comparison to the treatment of Biden is striking and unsettling.  The recent interview with CNN’s Dana Bash is an example of the pattern.  After days of editing out Biden’s false statement about the NAACP, Bash finally raised the fact that it is clearly false.  Biden simply did not respond to the falsity and said that he has never taken black voters for granted. Bash immediately let it go and turned to criticism of Trump and asking Biden whether it is fair to him that there is a double standard that Trump is not expected to apologize.  While many of us have criticized Trump for his refusal to apologize, the interview illustrated the double standard in the tenor and content of questions for Biden. It was more than a softball interview. You can miss softballs. It was a beachball interview where Biden could not miss. He was not asked about another Democratic figure (just the day before) announcing that she believes that he is a rapist and continuing to lie about raping a staffer.  When he repeated his refusal to consider any males for vice president, he was not asked about a gender-based exclusion that would be unlawful for any company.  He was instead asked (repeatedly) about masks and how to deal with loss in one’s family.  While Bash did ask about the view that he is a gaffe machine and losing a step, Biden gave a brief soundbite and moved on.

It is the absence of such probing questions for Biden that makes the Lerer list so notable for Reade. There is, as discussed in an earlier column, a sense of papal indulgence when it comes to any transgressions by (or in defense of) Biden.  I have no problem with the aggressive questioning of Trump in press conferences. He has made outrageous and reckless comments and the media should not be deter by personal attacks.  The Lerer and Dash questions highlight, as Dash referenced, a “double standard” that undermines the credibility of coverage of Trump.  Indeed, this bias could be driving some to (rather than away from) Trump. 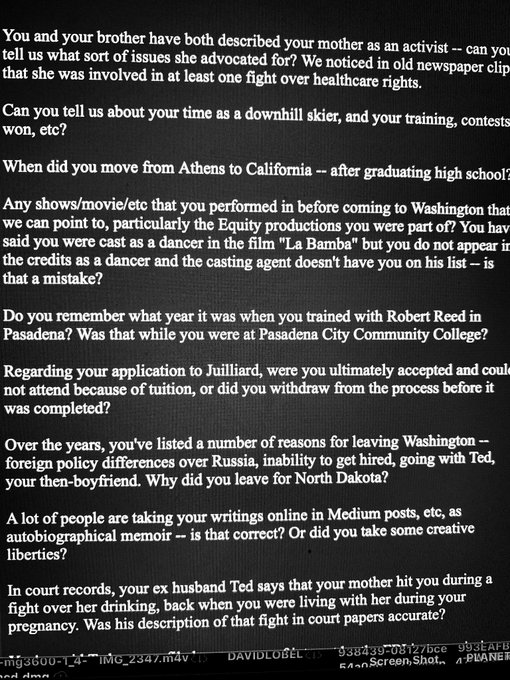 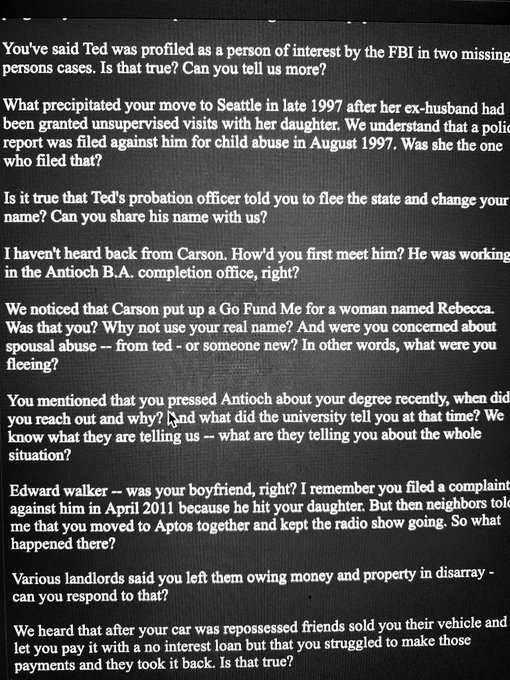 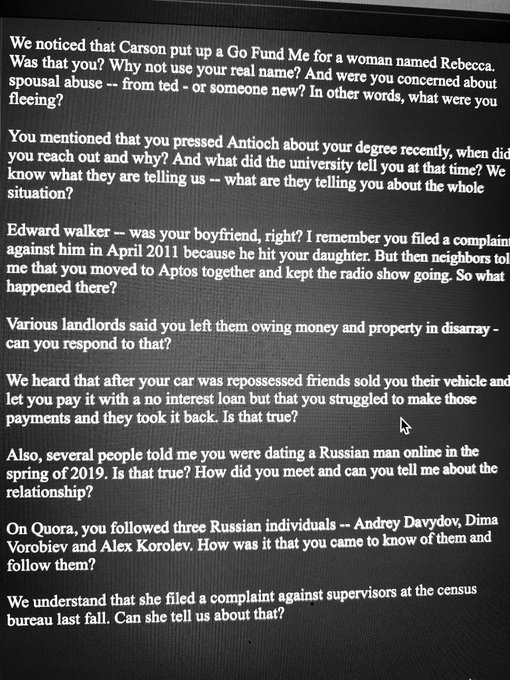