We have been discussing the destruction of statues and public art in the recent protests, including a new column this morning. I have been highly critical of the defacing of our monuments and destruction of public art.  Now the destruction has reached my own campus.  The Hatchet reports that one of our iconic busts of George Washington was torn from its foundation on campus. It has not however been discussed by the University or attributed to protesters.

Other statues and memorials to Washington have been destroyed around the country.  The news of the toppling of our own statue received surprisingly little coverage by The Hatchet and I did not hear any public statement from our Administration. I would have hoped that our university would have denounced this criminal act as a senseless and unacceptable act.

It certainly would seem to warrant a tad more than “A GWPD officer found the head of a George Washington statue removed from a stand. The head was found laying at the base of the stand. GWPD called Facilities Services following the discovery.”

That sounds like the head was somehow temporarily misplaced or lost rather than being ripped from its foundation and tossed to the ground.  That would seem a rather important story for the university — worthy of not just note but actual discussion.  If this was not part of the destruction of public art around the city, it would be helpful to consider the alternatives . . . whatever they may be.  Toppling this giant bust is no easy task. It would take time and considerable effort.  Notably, it is in the virtual center of our campus.

Indeed, the incident would have gone without mention (beyond the empty stand) had it not been for a former GW student tweeting out the missing bust and then a later picture of the scene after the attack.

A stunning image– looks like GW may have removed George Washington’s head to protect it from riots in DC. Truly disconcerting times 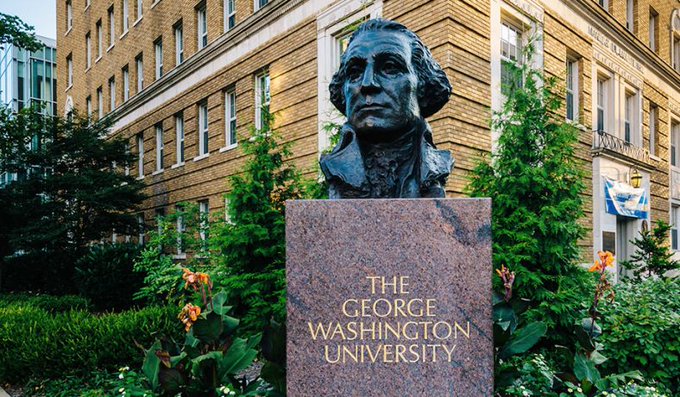 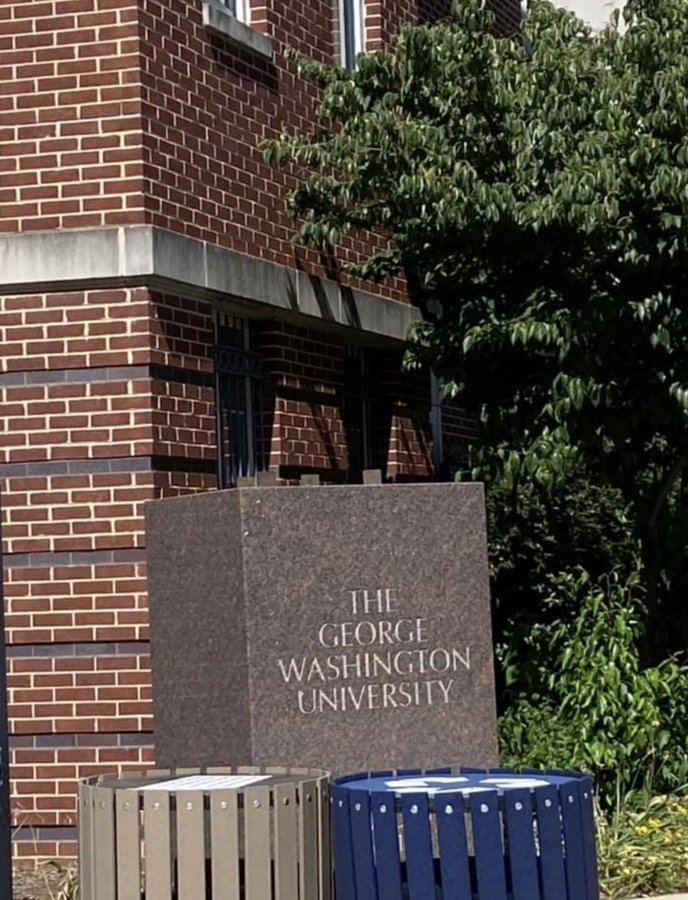 fingers crossed! better to be safe than sorry i guess.

Update: apparently he was toppled 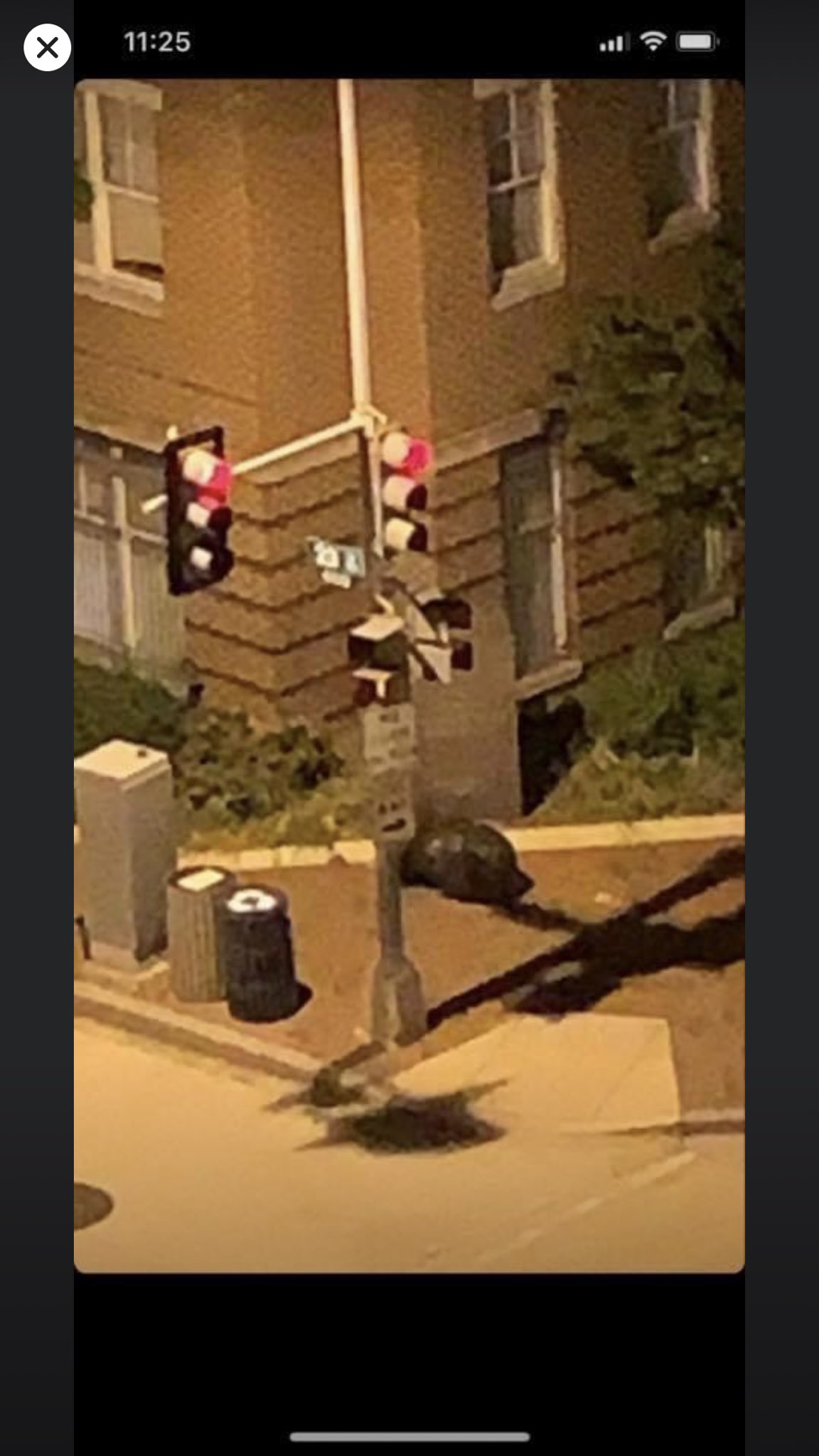 Universities have been conspicuously silent or passive in the face of such destruction.  There seems a fear that any criticism of such attacks will cause a backlash and additional protests.  However, such acts create an environment of violence and intolerance on campuses.

Last night, many of us watched at a huge crowd worked to pull down the statue of Andrew Jackson, one of the oldest monuments in the city. It is near the White House and a few blocks from our campus.  The police did nothing as huge ropes were attached and the crowd pulled to topple the statue. Finally, the police arrived to stop the damage but not before the monument was entirely defaced.

Other universities have been transparent in their unwillingness to confront rioters. At the University of Oregon, famous statues of the Pioneer and Mother Pioneer were torn down. The University condemned the destruction and then promptly promised that the statues would be carted away and not returned.

The spectrum of action from universities seems to range from deafening silence to cringing compliance in the face of such destruction.  What is being lost is more than public art.  We are losing control of our campuses and the preservation of the environment that fosters intellectual, not violent, speech.