While the world was preparing for the devastating news of the passing of Sen. John McCain, Arizona Republican Kelli Ward was seeing the announcement of his suspending further treatment in an entirely different and personal light.  Ward, who has long opposed McCain and supported President Donald Trump, insisted the statements (coming just twenty-four hours before his death) were meant to run a “negative narrative” about her.  It appears that she was about to kick off her bus tour and was convinced that McCain was obsessed with derailing her media coverage.
Ward is running for Sen. Jeff Flake’s (R-AZ) seat.
The controversy began with the message below from the McCain family: 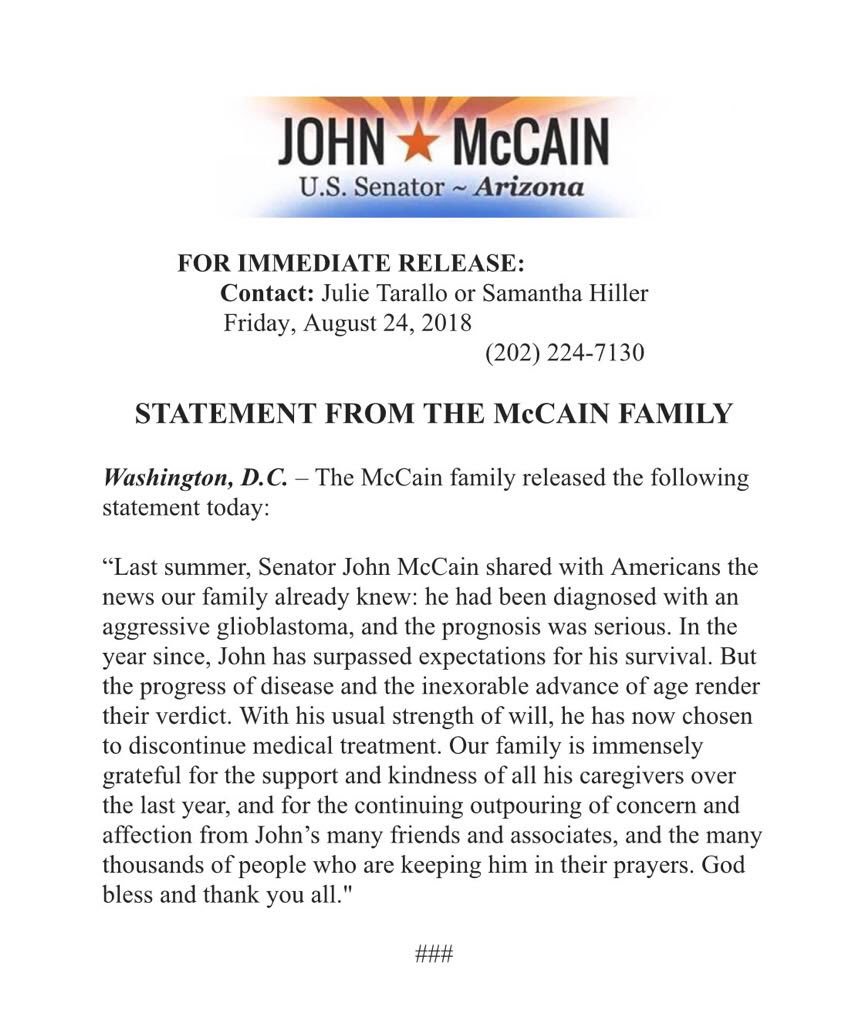 I love my husband with all of my heart. God bless everyone who has cared for my husband along this journey.

Ward responded by going to Facebook with: “I think they wanted to have a particular narrative that they hope is negative to me.”  Her aide Jonathan Williams then asked “I wonder if John McCain’s trying to steal attention from Ward’s bus tour by announcing his life is coming to an end.”  He also said “I wonder if it were just a coincidence that Sen McCain released his statement on the kickoff day of Kelli Ward’s bus tour or if it was a plan to take media attention off her campaign? I’m not saying it was on purpose but it’s quite interesting.”

Most would say quite disturbing rather than quite interesting.  Ward later deleted her posting.

Of course, if indeed McCain was so obsessed with Ward as to plan this scheme in his final days, he would have had the solace of knowing that Ward made a utter fool of herself.

102 thoughts on “GOP Senate Candidate: McCain Was Dying To Undermine Me”