I previously criticized the city council for putting up a statute in front of city hall honoring Marion Barry, the scandal-plagued felon and former mayor.  Now Barry’s replacement at the Eighth Ward is filling the news vacuum with a controversy of his own: stating in a video that snow is a Jewish conspiracy by wealthy bankers.  Democrat Trayon White warned that the Rothschilds were manipulating the weather to cash in on the disasters.  The implications are staggering as you connect the dots with White from the Jewish conspiracy behind the movie “White Christmas” to that Rothschild agent Santa Claus.

White’s comments appeared on Facebook where he is shown saying: 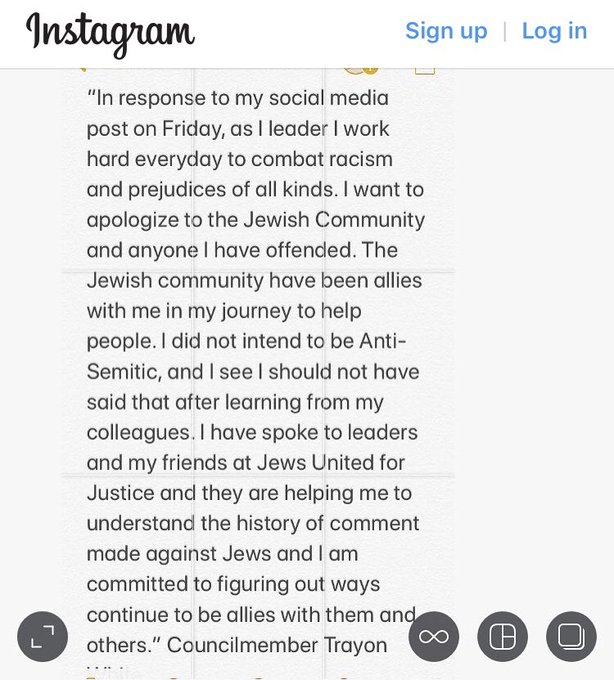 It is less than reassuring to hear “I have spoke [sic] to leader and my friends at Jews United for Justice and they are helping me to understand the history of comment [sic] made against Jews.”   One should really not need a refresher to learn that Jews are not behind snow storms.
This might help, Mr. White, but please note that “Winter” is neither Jewish nor a Jewish agent: