The intolerance of art and free expression in many Islamic countries was particularly and painfully evident in the Maldives last week.  A beautiful and powerful underwater sculpture by British artist Jason DeCaires Taylor was ordered destroyed by the government after objections by Islamic leaders for its depiction of human forms.  Ironically, the art highlighted the dire risk of rising sea levels for the Maldives. Instead, its demise will forever symbolize the risk of rising intolerance of religious orthodoxy.  For some tourists who flock to the Maldives, this outrageous attack on art just might be a deterrent to future vacation plans.

President Abdulla Yameen declared the art to be unIslamic as the depiction of human forms and idols.

Accordingly he sent in men to destroy the Coralarium, which constituted a moving display for swimmers and divers fortunate enough to see it (including at night with underwater lighting).

The Maldives archipelago’s 26 coral atolls and more than 1,000 small islands in the Indian Ocean are the most endangered from rising sea levels.  It is the lowest in the world at just four feet above sea level. 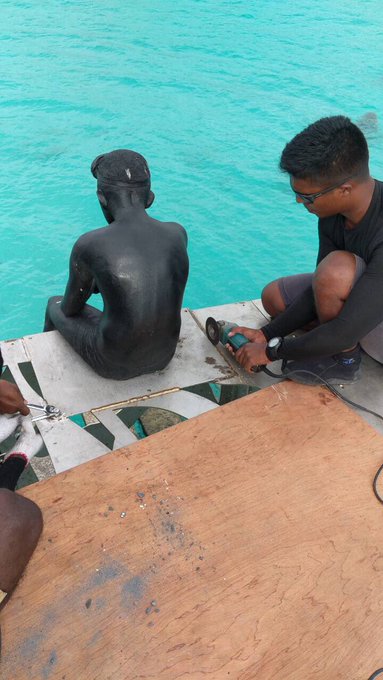 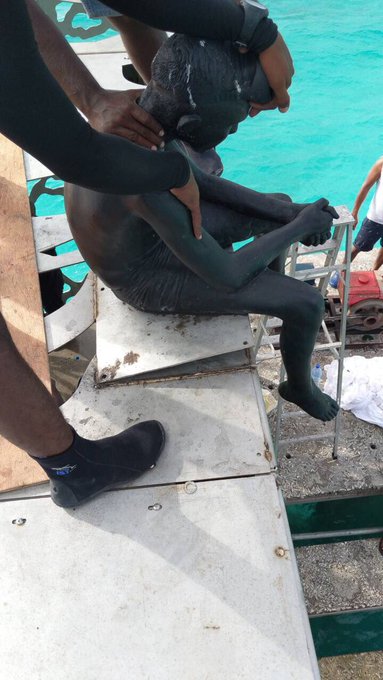 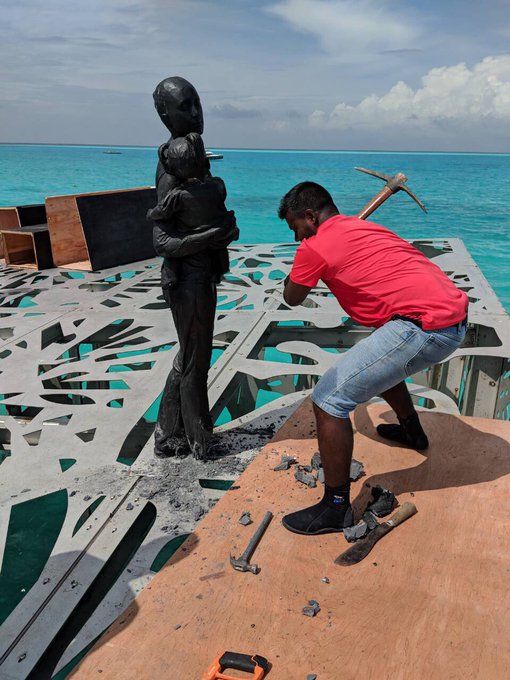 President Yameen heralded the destruction as a response to  “significant public sentiment” against the exhibition. Here is the beauty destroyed in the name of religious orthodoxy: