As many on this blog know, I am a military history nut so the one story this weekend was particularly exciting: the crew of billionaire Paul Allen has located the wreckage of the USS Indianapolis, which sank 72 years ago.  We last discussed the Indianapolis during my visit to Tinian where it dropped off the atomic bomb parts in World War II.    The ship rests in the Philippine Sea some 18,000 feet below the surface.  Of 1,196 crew aboard the ship, only 317 survived.

The ship was sunk upon its return trip from Tinian by a Japanese submarine on July 30, 1945.  Because of its secret mission, there was no immediate notice of its sinking and the survivors were left in sharp infested waters where sharks feasted on the floating sailors. It was a tragedy captured famously in the movie “Jaws.”

The tragedy continued as Navy brass tried to pin the disaster on the captain with a court martial.  Charles B. McVay III was the first captain in history to be subject to a court martial for losing a ship sunk by an act of war.  He was accused of failing to zig zag even thought he Japanese commander who sank his ship said that such a tactic would not have changed the outcome.  He was convicted but the sentence was overturned by Secretary James Forrestal and he was promoted to rear admiral when he retired from the navy in 1949. However, he was plagued by letters and attacks from the families of the deceased crew.  On November 6, 1968, he committed suicide with his service revolver in the front yard of his home  in Litchfield, Connecticut.

Here is the evidence posted by Allen: 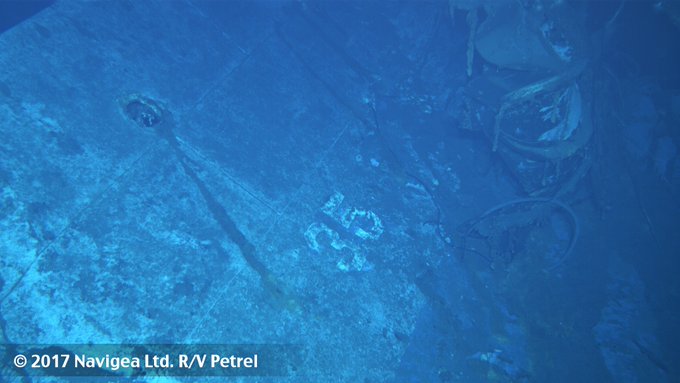 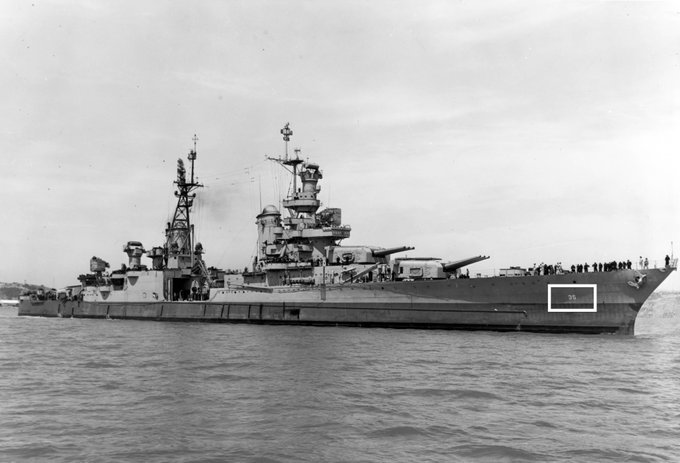 We’ve located wreckage of USS Indianapolis in Philippine Sea at 5500m below the sea. ’35’ on hull 1st confirmation: http://paulallen.com 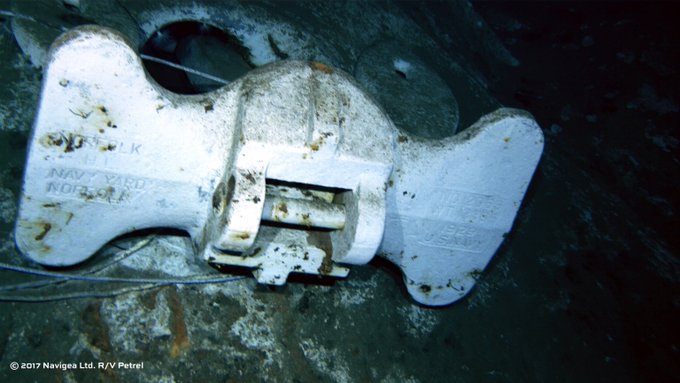 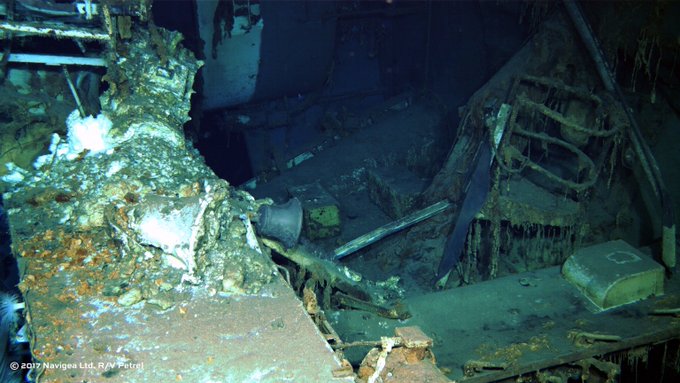