Christians For A Moral America really do not want you to see the Hobbit. It appears that really bad things come in really small packages. Producer Sir Peter Jackson is a self-proclaimed atheist. It would appear that he would have been better off proclaiming that he was an orc.

Here is the statement from the organization:

Invading your local cinema next winter is a new work of evil The Hobbit. The Hobbit follows on from the Lord Of The Rings trilogy and seemingly has brought everyone back to “Middle Earth” from the dead. Peter Jackson has once again stepped up as Satan’s Little Helper to direct the two-part film and is once again using witchcraft and wizardry to peddle the film, even though the books had strong Christian undertones (good vs evil; Christians vs Atheists) but Jackson being the self-proclaimed Atheist he is obviously doesn’t want to present this movie in the way it was meant by Tolkien. Let’s vote with our wallets and send a big message to Hollywood and Jackson; Christians will NOT tolerate this blatant Anti-Christian bigotry and Atheist propaganda. Our children’s minds are filled with enough poison these days from the media without us as parents actively doing the same while filling liberal fat cats’ coffers.

The group appears as focused on Jackson being an atheist as the screenplay itself — not to mention “liberal fat cats.” (It turns out that conservative fat cats are acceptable in the eyes of God).

The prejudice against atheists is growing with leaders in both the United States and abroad joining a crusade against those who refuse to embrace a God — any God.

It seems that every religious groups is rushing to warn that the Hobbit is either faith-friendly or faith-threatening. The Catholic writers have found that film to be not only faithful but Catholic in its message — tying its messages directly to Biblical accounts. Others have identified Gandalf as the ultimate Christ figure.

Then, of course, it could be just a really cool movie. 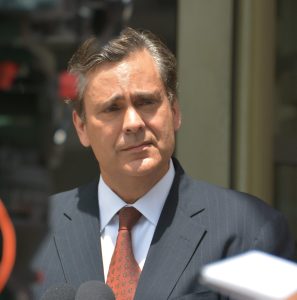