I have previously written about my objections to Antifa and its anti-free speech values, including academics legitimizing efforts to violently curtail free speech on our campuses.  Germany has banned an Antifa website as an extremist organization.  That has not stopped Rep. Keith Ellison, D-Minn., the deputy chair of the Democratic National Committee, from posing with the handbook of the Antifa movement and giving the group a proud shout out.  As Democrats seek a new identity and purpose after the debacle with Hillary Clinton, this is a worrisome signal.  The Democrats will hand over another election if they simply try to run on being anti-Trump and pro-Antifa.

In a post on Twitter, Ellison held up a copy of “Antifa: The Anti-Fascist Handbook” at a Minneapolis book shop and said it would “strike fear in the heart of @realDonaldTrump.” 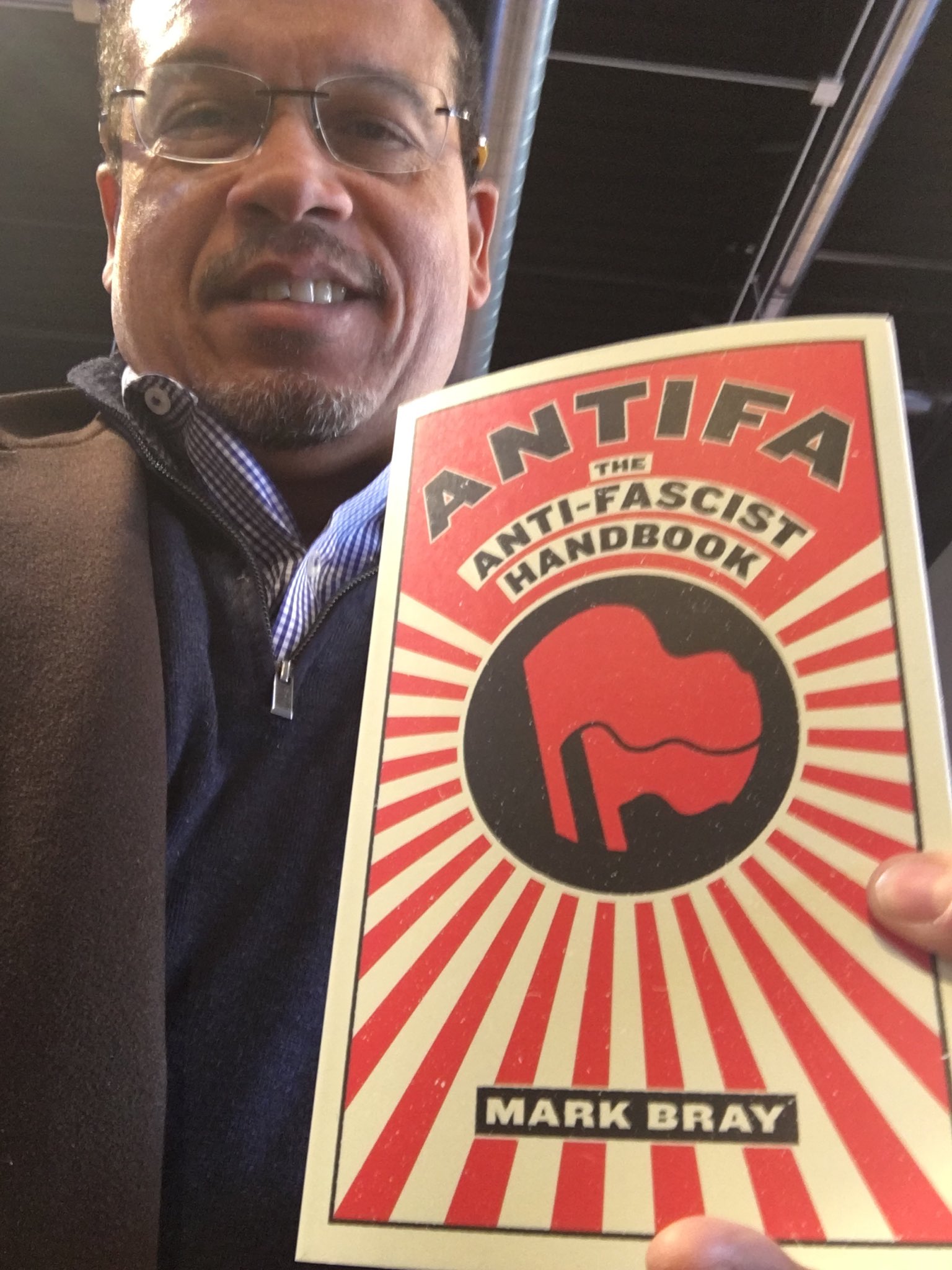 I have criticized that book by Mark Bray and why it is represents a challenge to our defining values as a society.

While I have defended the free speech rights of activists associated with Antifa, there is little ambiguity in the movements intolerance for free speech. Indeed, its followers appear clueless to the fascistic elements to their anti-fascist movement.  Ellison appears equally clueless or willfully blind to the beliefs underlying this troubling movement.  Antifa does strike fear in the hearts of many. However, it is not Trump who relishes these groups fulfilling stereotypes of liberal intolerance.  Rather, the group strikes fear in everyone who values free speech, which does not appear to include the Deputy chair of the Democratic National Committee.

194 thoughts on “DNC Deputy Chair Gives Shout Out To Antifa”