We have previously followed the controversy over the shooting of “Cecil the Lion” by an American dentist Walter Palmer from Minnesota as well as  subsequent controversies of a Idaho hunter taunting animal advocates and killing giant elephants for trophies.  A new such controversy ha erupted over social media postings by Tess Thompson Talley posting with herself literally wrapped in the dead body of a black giraffe.  The Kentucky woman gleefully posed with the huge dead animal from South Africa.

Talley featured the pictures with the caption: “Prayers for my once in a lifetime dream hunt came true today! Spotted this rare black giraffe bull and stalked him for quite a while. I knew it was the one. He was over 18 years old, 4000 lbs. and was blessed to be able to get 2000 lbs. of meat from him.”

Talley further explained “The giraffe I hunted was the South African sub-species of giraffe. The numbers of this sub-species is actually increasing due, in part, to hunters and conservation efforts paid for in large part by big game hunting. The breed is not rare in any way other than it was very old. Giraffes get darker with age.”

The explanation did not stem the outrage over the picture with herself wrapping in the now dead beautiful animal.

The South Africa-based AfricLand Post website posted the pictures with the words: “White american savage who is partly a neanderthal comes to Africa and shoot down a very rare black giraffe courtesy of South Africa stupidity. Her name is Tess Thompson Talley. Please share”. 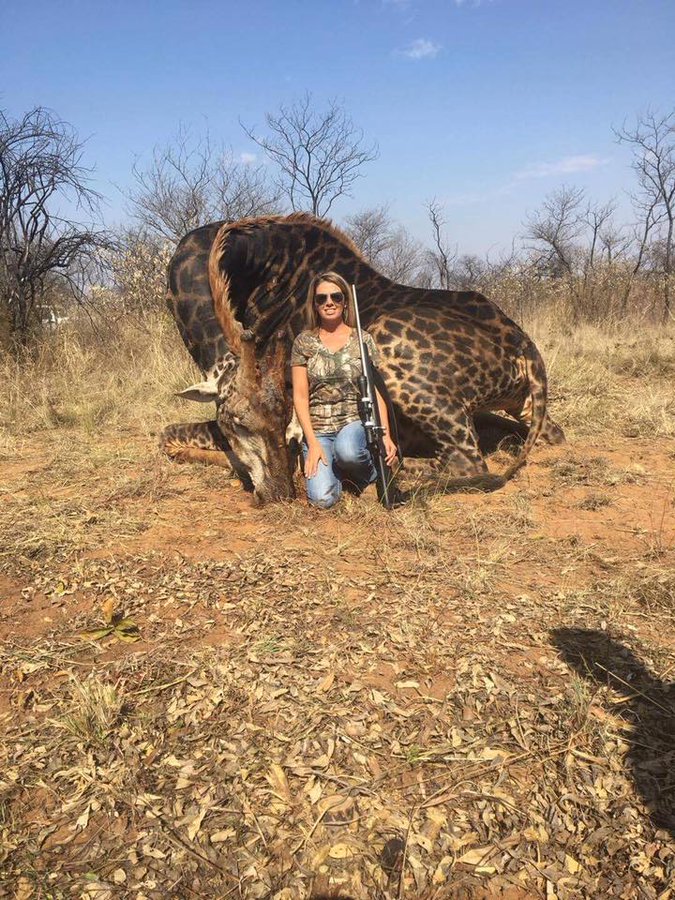 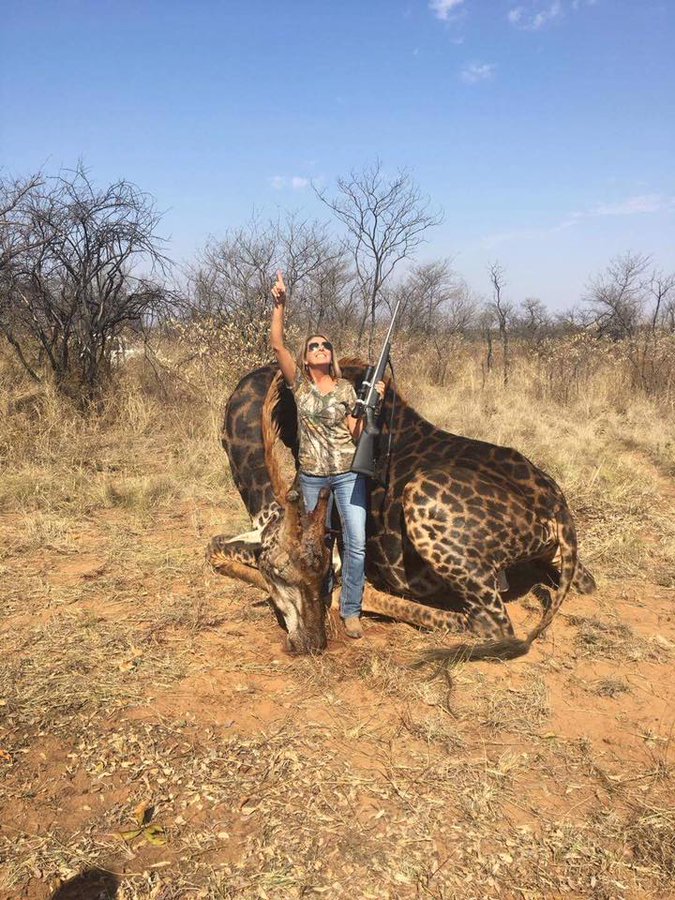 White american savage who is partly a neanderthal comes to Africa and shoot down a very rare black giraffe coutrsey of South Africa stupidity. Her name is Tess Thompson Talley. Please share

Those postings leaves animal advocates and many environmentalists seething at the notion that one sees such an “amazing animal” and then extracts joy from killing it.

I am truly fascinated by the cultural and emotive divergence in such stories. Many hunters are in fact committed environmentalists and love and respect nature. The current debate has not seriously raised questions over deer, duck, and other common hunting game which are plentiful. It is focused on “big game.” Moreover, places like South Africa make a huge amount of money on eco-tourism, particularly photo safaris. These countries risk a backlash if they are also hosting people who want the joy of killing the very same animals. Notably, giraffe hunts are allowed for trophies despite the fact that the giraffe population has been reportedly falling. A package for wealthy hunters allows them to kill multiple animals for $5,400 while the giraffe carries a ‘trophy fee’ of $2,600 by itself.

I cannot imagine the joy of shooting a magnificent animal like this giraffe. It is not particularly impressive to kill an old giraffe with a high-powered rifle.  More importantly, I fail to understand why the act of killing such a beautiful animal would be a lifelong dream.  As an avid hiker, I often go many miles to see such animals in their natural habitat. The idea of then pulling out a rifle to kill one of them is as foreign a notion for me as would be cutting a painting out of its frame at a museum to possess it.  Talley is right that the meat often goes to locals and the money goes to conservation.  However, there remains the expression of intense pleasure in killing such animals.

Despite the fact that I find these pictures appalling, Talley appears to have acted entirely according to local laws for such trophy hunts.